Do you ever think advertising today is being dumbed down? Do the big brands think consumers have lost the plot and is unable to process clever ideas? Is there room for a deeper, more intelligent message or are times changing?

Is this a lowering of creative standards or is it a sitting on the fence strategy? Hoping not to offend anyone perhaps, appealing to the masses and keeping everyone happy. Making it easy for us to process information and retain it, not to stretch our tiny minds too much.

Or is it because we have so much information bombarding us from all sides in various forms and medium, that we need a much simpler, straight-forward approach?

Why this plethora of dancing bears, singing opera characters, animals, more animals, and yet more animals….? An idea overplayed, re-hashed and done to death…… spare me please!

More about the above later, but there are however some animal campaigns that I think are worth discussing. 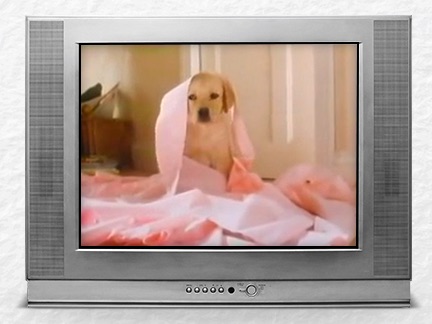 Who couldn’t fall in love with the Andrex Puppy, and instantly think of Andrex.

The original idea was in 1972 and was going to be a girl running through a house trailing a roll of Andrex. The television regulators did not approve this as they felt it encouraged children to be wasteful. Bowater-Scott’s Marketing Director, Raymond Dinkin decided to use a Labrador puppy instead.

Since then there have been 130 different adverts featuring the puppy and Andrex has become the brand leader in toilet tissue.

The concept has been expanded over the years and and in 1999 they introduced a new approach offering consumers the chance to save pack tokens and get an exclusive Andrex Bean Puppy.

The Andrex puppy can be found online. Consumers can meet the puppy and play online games and collect tokens for merchandise at the award winning www.andrexpuppy.co.uk. The site is mainly aimed at kids and in addition to lots of other activities, gives visitors the facility to email comments about their own puppies in the “bark back” area of the site. 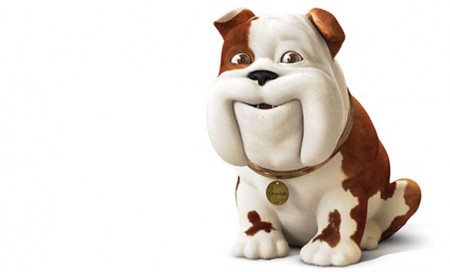 Not one of my most favourite of characters but a huge marketing success.

In 1994, it was decided that the company needed a mascot to represent the Churchill brand, and differentiate it from the former British Prime Minister, Winston Churchill. A staff competition led to the adoption of a bulldog.

The bulldog is a well known symbol of British identity, which is appropriate for a company with that name. The first Churchill dog was a real bulldog called Lucas, and the company first used a nodding dog in 1996.

Churchill began selling nodding dog characters in 1997, and the character is now synonymous with the brand name.

In the company’s television advertising, the now computer animated Churchill dog used to be asked whether he could save people money on their insurance. This was to which he responded with his famous catchphrase: “oh yes!”. This has stuck and adds to the brand recognition.

In recent years, talking soft toys have been added to the range of Churchill merchandise, and the character has also launched his own page on Facebook. The website features “Churchie” as he is affectionally known www.churchill.com.

During 2009, Churchill starred in 22 pantomimes around the United Kingdom. In August 2010, he made appearances at Pontins holiday camps, before returning for his second pantomime run.

More recently, Martin Clunes featured in Churchill’s television campaigns. This was until November 2012, when he was ‘sacked’ after being banned from driving. Clunes was replaced by Dawn French.

Massively successful and huge fun, this campaign is relatively recent compared to Andrex and Churchill. An example of advertising for a website rather than a product, this has to be the leader and inspiration for many to come.

For comparethemarket.com, the campaign, launched on 5 January 2009, was created by advertising agency, VCCP and production company Passion Pictures. The adverts proved very popular and became a huge commercial success, soon becoming the fourth most visited insurance website in the UK as a result.

Comprising a TV spot, companion website and social media links, the ad featured Alexsandr Orlov, a CGI animated fictional anthropomorphic Russian meerkat, who complains at the confusion between his site, comparethemeerkat.com, and comparethemarket.com.

The character explains that he has launched a TV advertising campaign to make visitors aware of the difference. The companion website, comparethemeerkat.com, was created alongside the TV advert and in 2010 was receiving more than 2 million hits per month.

Other characters have been introduced – like Olef the baby and Sergei, and latest ads feature top stars Nicole Kidman and Arnold Schwarzenegger in a campaign to reward customers is with cinema tickets, rather than give away Meerkat dolls.

A book featuring Orlov was published in 2010, and other merchandise has been created in tandem with the ongoing campaign.